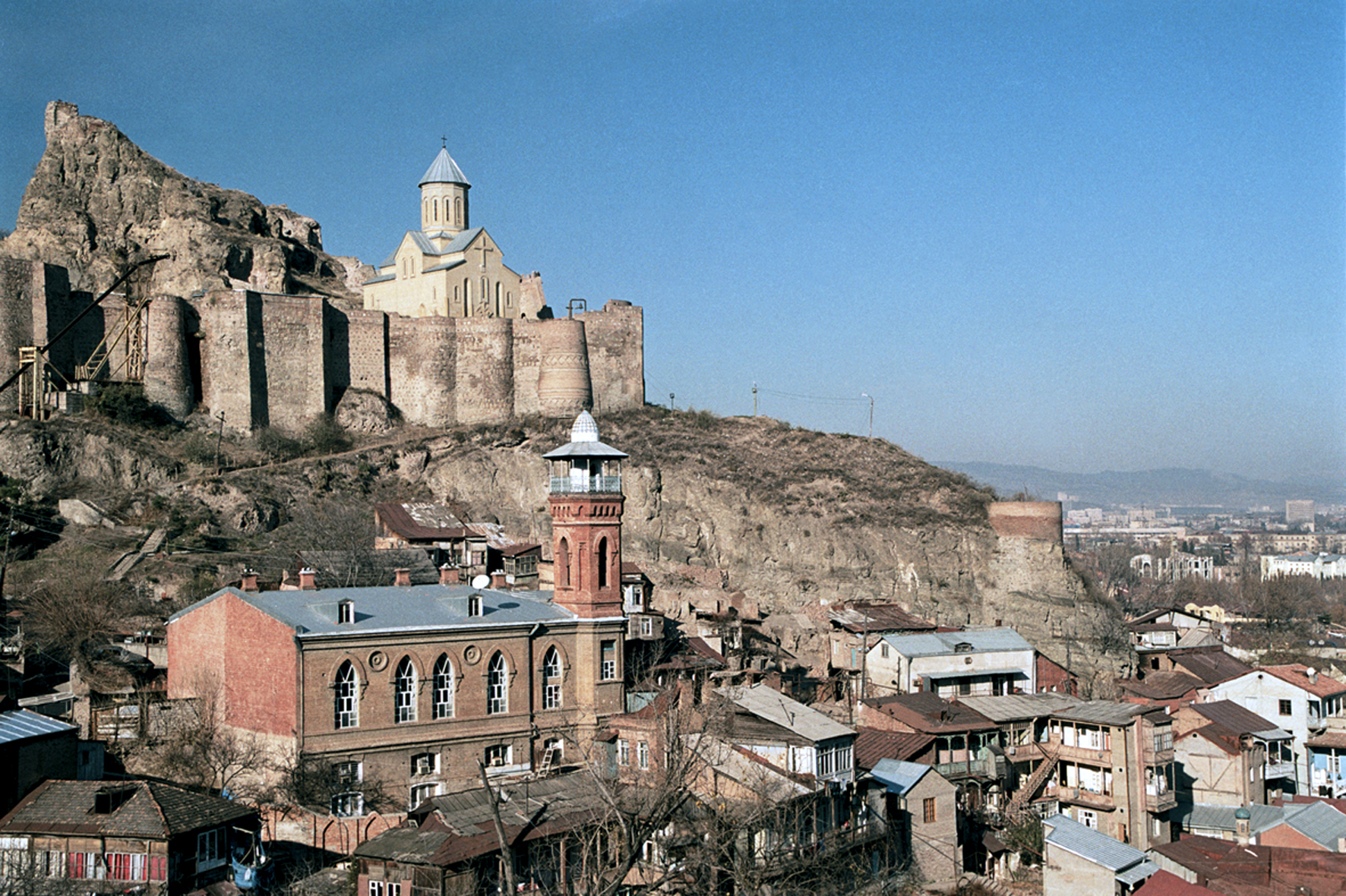 We asked our local blogger what are her favorite reasons to visit Georgia in 2019.

Georgia has been an up and coming destination recently. Each year, top travel magazines are promoting it as one of the spots to explore in that year. While there are many more reasons for you to visit Georgia in 2019, we decided to narrow it down to top 19.

Despite the huge increase in tourists coming to Georgia, it still is considered to be a budget-friendly destination, where everything you can imagine is very affordable. We are talking not only about food, wine, and public transportation but also accommodation as well. There are plenty of hotels, hostels, and apartments. How cheap you might ask? Well, you can rent a whole one bedroom apartment for $30 a night on Airbnb! Some are even cheaper and most of them are located within the city center.

For those of you who are not looking for budget travel, Georgia offers luxurious experience too. There are many resort-like hotels with international standards to make your holiday here as much fancier as it can be. However, don’t expect villas with infinity pools you might have seen or been to in South East Asia.

3. Everything is about Food

Georgian cuisine is as diverse as its nature. Each region of the country has its own distinguished meal and a variety of Khachapuri, a pizza-like cheese pie. Meals are heavy on dought, fat, meat, and walnuts, however, there are several plant-based meals to satisfy any vegetarian. Food tours are a great way to experience Georgia.

4. Georgia is the birthplace of wine

Not that long ago, Georgia broke World Guinness Records by being the very first country to produce wine in the world. Scholars have found wine residue left on qvevri during the archeological excavations, which became the proof that the country has been making wine for at least 8000 years. Therefore, you’ll find different types of wine here, but the amber-colored kind made with traditional methods in qvevri is still number one that attracts many tourists.

Due to the diverse nature of the country, Georgia has marvelous hiking opportunities for those who love spending days into the wildness. Whether you are a professional or a beginner, you can easily find a trail that suits your need and possibilities.

Georgia has been part of the Russian Empire in 18th-20th centuries, which affected the country in both good and bad ways. At least it brought European architecture first to the capital and then to the whole country. Tbilisi is home to gorgeous architectural marvels of Art Nouveau, Baroque, and Renaissance styles. Some of those buildings still preserve painted hallways, making the city even more charming and authentic.

Even though Soviet architecture might seem dull and simple at one glance, there are some beautiful buildings scattered across the country. And some even feature gorgeous mosaics showcasing the ideology of the regime.

While you may have heard about sulfur baths of Tbilisi, that’s not the only place you can have a hot spring water experience. One of the natural treasures of the country lays in water resources, therefore there are several small towns and townlets that were turned into hot spring water retreats during the Soviet Union. Today, many continue to operate in Borjomi, Tskhaltubo, and Sairme to name a few.

Among many things, Georgia boasts with its seaside resorts. Even though Batumi is the most developed one of the area with a bustling vibe during the summer months, there are other coastal cities for those who are looking for a relaxing holiday at the sea. Moreover, some of those resorts are beneficial for health, especially the magnetic sand in Ureki and Shekvetili.

The mountain landscape and climate of the country make it an ideal spot for ski and snowboard lovers. Currently, there are four ski destinations within this small country. Gudauri is for young crowds who want to be closer to the capital, Bakuriani is good for children as the slopes are covered with pine forest, while Svaneti and Goderdzi are for those who like to escape the crowded Gudauri and Bakuriani, as well as enjoy a bit extreme sports.

11. Georgia is home to unique flora and fauna

One of the many reasons what makes Georgia a unique place is the flora and fauna that can’t be seen anywhere. For instance, Kobuleti Nature Reserve preserves an extraordinary plant, the only filtering sphagnum bog in the world.

12. Mountains have their own architectural style buildings

There are three most remote areas in the country – Tusheti, Khevsureti, and Svaneti. Besides their stunning mountainous landscapes, they are distinguished by their old dwellings. Due to the fact that Georgia was a subject of continues attacks and invasions, each and every family in those areas had their defense towers. Today, most of those medieval towers still stand intact and attracts hundreds of visitors to the communities.

13. Watch one of the most beautiful sunrises

Bakhmaro and Gomis Mta are both nested between the mountains, above more than 2000 meters above the sea level, and surrounded by pine forests. They both offer picturesque views of the sun rising above the clouds.

Unlike Tusheti and Svaneti, a mountainous area of Adjara is less developed and more rural. When everyone heads to Batumi, you can spend a couple of days exploring this beautiful part of the country, while eating much more interesting local cuisine which is not the boat-shaped Adjaruli Khachapuri.

Besides the well known Okatse and Martvili canyons, there are other natural wonders that see fewer tourists throughout the year. One of them is Dashbashi canyon and its gorgeous waterfall located in Samtskhe-Javakheti region.

Georgia is also home to various karst caves, some of which are not even accessible for visitors. The most popular ones are Prometheus and Sataplia caves, but a couple of weeks ago, a new one opened in Terjola, Imereti region called Navenakhevi Cave. Similar to other’s, Navenakhevi cave has a walking trail and lighting system installed to easily admire the beauty of the underground nature.

17. There are more natural wonders to explore

Katskhi pillar, located not far from Kutaisi, is one of the most popular natural wonders of the country. This 49-meter high limestone stands in the village of Katskhi and has a monastery built on top of its surface. Another one that might be of your interest is the Birtvisi rocks. These are high volcanic hillocks formed millions of years ago as a result of the volcanic eruption. There also is a least accessible fortress on those rocks.

18. Travel in time through cave towns 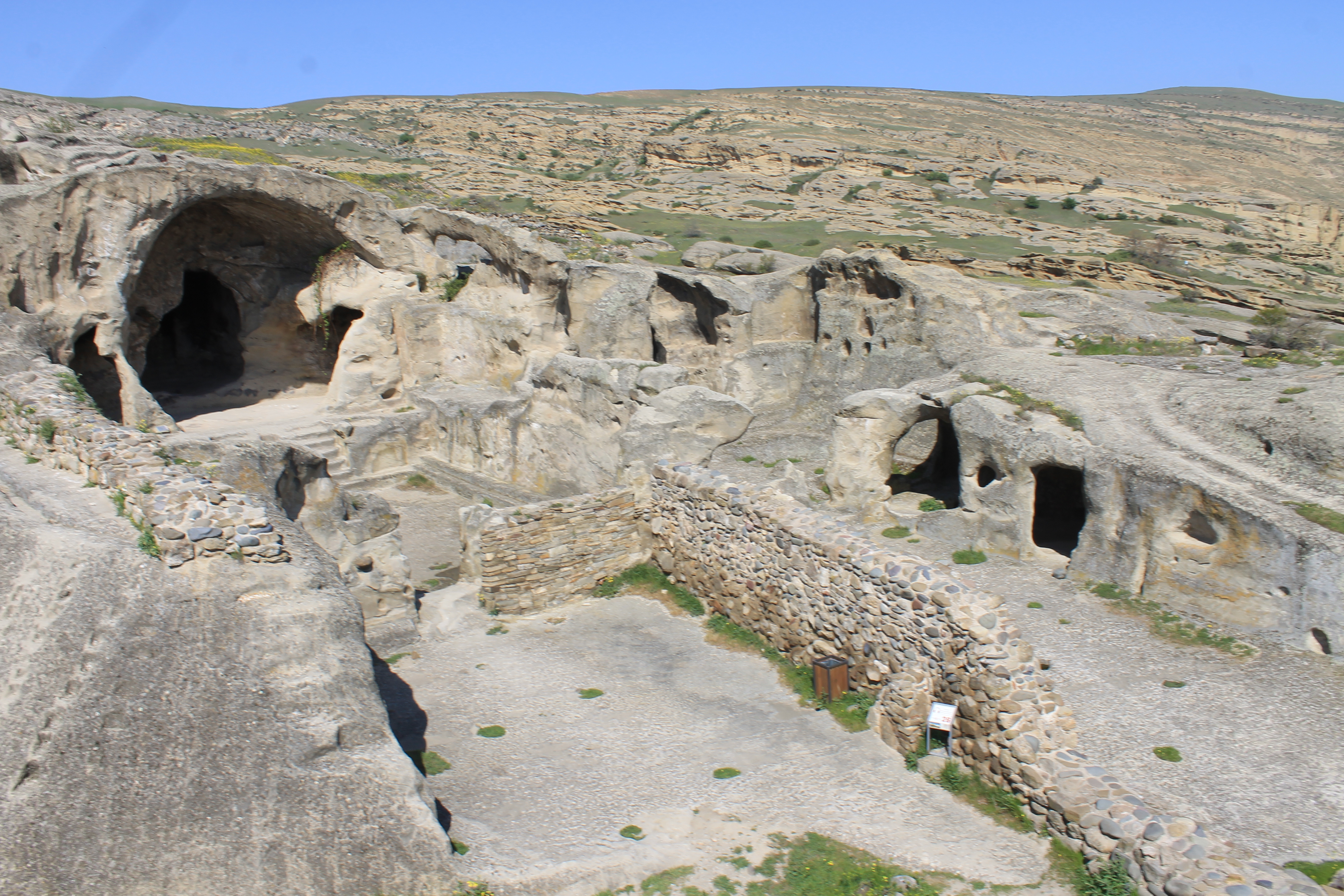 Georgia is also known for its cave towns like Vardzia, Uplistsikhe, and David Gareji. Out of those three, Vardzia used to be the biggest and most inhabited town back in the day. The cave town was created in the 12th century as a hiding place during the invasions. It used to have thirteen floors, hidden escape tunnels, and special rooms to stray the enemies.

19. Cable cars as a means of public transport 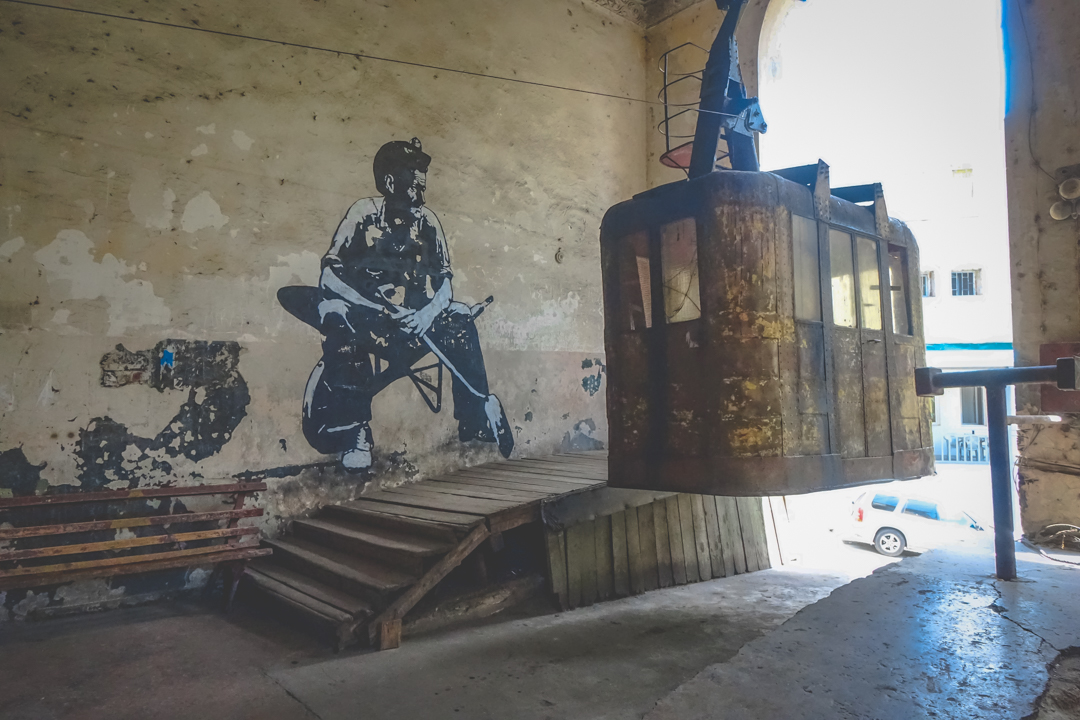 Chiatura, the manganese town of Georgia is known for its dozens of cable cars, which used to help locals and mine workers to get from their homes to their working place. Today, most of those cable cars are not operating, but there are several that still serve the original purpose free of charge. And for those of you who are willing to boost their adrenaline, we’ll say that those cable cars have been operating for more than 55 years without any renovation!

Are you convinced already? Come Taste Georgia with us!