Georgian cuisine was born long ago, with influences from Eastern Europe, the Middle East, and Western Asia. As the trade routes of merchants and travelers crossed paths in Georgia, the herbs and spices of the surrounding cultures were introduced to local products, creating specialties that have lasted through generations. Food and wine in Georgia is more than a national tradition, it builds bridges between generations, neighbors and travelers. Timeless preparation techniques are passed down within families, friends and anyone looking to discover the heart of the Georgian kitchen, and the famous Georgian hospitality welcomes all to the table. The best time to witness the cultural importance of food and drink is during a supra, a massive, hours long feast consisting of seemingly endless dishes and wine, enjoyed in guidance of the tamada or toastmaster, an extremely honorable role. 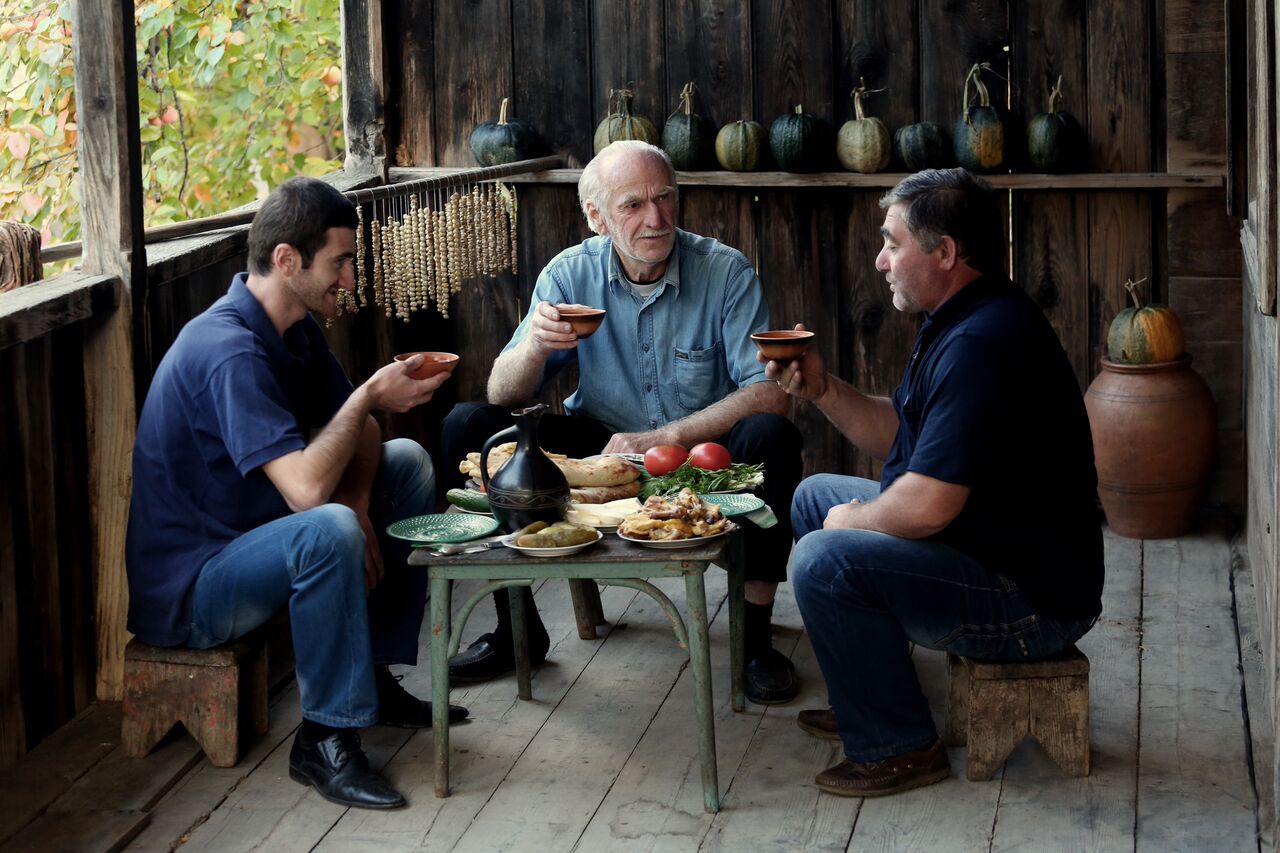 While the styles and flavors of classic dishes may vary somewhat by region, certain plates are known for being national staples. Khinakli, for example, are soup dumplings which can be filled with a number of things but namely meat, mushrooms or cheese, and are the absolute symbol of the Georgian kitchen. Another dish to be found on any Georgian table is Khatachpuri, cheese filled pastry breads, the most popular form being an open boat shaped dough topped with raw egg and butter, or, in the mountain region of Racha, filled with Lobiani beans.

Food is only half of the deep and long table culture of Georgia though, wine is also arguably more important here than anywhere else in the world. Georgia is the birthplace of wine and home to the UNESCO recognized, 8,000 years old winemaking technique and vessel. A qvevri is an enormous egg-shaped terracotta vessel for wine storage. It is buried in the earth, protected by the consistently cool temperatures of the ground, and produces a distinct flavor and aroma in comparison with younger winemaking techniques. After the harvest, and grapes are crushed, everything goes into the qvevri for fermentation, including skin and seed. After a time of fermentation the qvevri is sealed shut by the winemaker which allows all of the solid remains of the grapes to sink to the bottom. In just a few months the qvevri is opened again gifting the winemaker, Georgia and the world with unique and exquisite wines whose superb expression of the grape could contest that of a poet in love. The most noted red is Saperavi, which lets on of a past with wild berries and pine, and the popular whites, which, due to skin contact, in Georgia are actually a range of oranges in tone, are Mtsvane and Rkatsiteli.